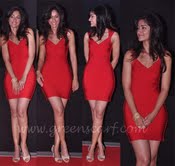 Silences seldom spoke so eloquently. It’s been a while since we saw a film that set style at a subsidiary state to substance, put the characters’ inner life ahead of the flamboyant manifestations of self-identity in a world governed by benevolence and charm.

Like all other hindi movies Barfii too shows Ranbir’s romances with first a classy girl Shruti and then Jhilmil. But the films USP is the way it involves you in the character of Barfii..the audience for moment lives the character and the way the movie shows the ways you savour each and every moment of life. Barfii tells u to live life kingsize for which u needn’t be a normal rich person. Ranbir Kapoor as Barfi or Murphy whatever!…is left to his own devices. An incredibly enterprising actor, he brings a Chaplinesque aura to Barfi’s character. Blending a very physical pie-in-the-face style of comic acting with an intangible poignancy, Ranbir turns his character and the film into a muted celebration of life. The tears are hidden from view. But they are there. Priyanka Chopra as the autistic Jhilmil steals the show from Ranbir. Priyanka’s inherent glamorous personality simply disappears into her character. We don’t see the actress on screen at all! We see only Jhilmil who reminds us in a very pleasant way of Sridevi inSadma. This is one of the most flawless interpretations of a physical-psychological disability seen on celluloid.

While Ranbir and Priyanka effortlessly prove themselves the best actors of their generation, Ileana D’Cruz makes a confident engaging debut into Hindi cinema. Is she here to stay? Time will tell.

The only problem is its constant and incoherent time switches. The flashbacks are disjointed and it’s difficult to figure out the chronology of the story within the different time zones in the film. There is also a spot of suspense that the film could have easily done without; most in the audience knew whom to suspect anyway.

Ileana makes a mature debut. Although she looks too young for her role, she manages to be competent. Priyanka does a super job. Her Jhilmil is awkward ungainly and mistrustful but thoroughly lovable. It could have so easily turned into a Sadma. But Priyanka manages to infuse her autistic character with charm, guile and intelligence.

I personaly feel Barfii to be an expetionally unique love story between three characters ever seen on Hindi cinema screen. The humorous start to the romantic end gives the audience a cuddly magical feeling throughout

Barfii is a must watch…and a patuience seeking movie at certain points. Sometimes too much of a sweet thing can be good

Writter – Sazia haque is student of mjmc in patna university