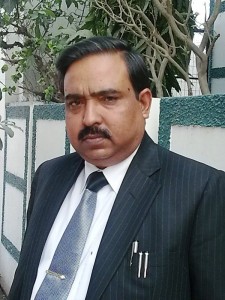 Retailing is the interface between the producer and the individual consumer buying for personal consumption. This excludes direct interface between  the manufacturer and institutional buyers such as the government and other bulk customers. A retailer is one who stocks the producer’s goods and is involved in the act of selling it to the individual consumer, at a margin of profit. As such, retailing is the last link that connects the individual consumer with the manufacturing and distribution chain. The retail industry is divided into organised and unorganised sectors. Organized retailing refers to trading activities undertaken by licensed retailers, that is, those who are registered for sales tax, income tax, etc.These include the corporate-backed hypermarkets and retail chains, and also the privately owned large retail businesses. Unorganised retailing, on the other hand, refers to the traditional formats of low-cost retailing, for example, the local kirana shops, owner manned general stores, paan/beedi shops, convenience stores, hand cart and pavement vendors, etc. A simple glance at the employment numbers is enough to paint  a good picture of the relative sizes of these two forms of trade in India – organized trade employs roughly 5 lakh people, whereas the unorganized retail trade employs nearly 3.95 crores. Let us have a look on government’s view and the the opposition’s objections to FDI.

* At least 10 million jobs will be created in the next three years in the retail sector.

* Policy mandates a minimum investment of $100 million with at least half the amount to be invested in back-end infrastructure, including cold chains, refrigeration, transportation, packing, sorting and processing. This is expected to considerably reduce post-harvest losses.

*This will have a salutary impact on food inflation from efficiencies in supply chain. This is also because food, which perishes due to inadequate infrastructure, will not be wasted.

* Sourcing of a minimum of 30% from Indian micro and small industry is mandatory. This will provide the scales to encourage domestic value addition and manufacturing, thereby creating a multiplier effect for employment, technology upgradation and income generation.

* A strong legal framework in the form of the Competition Commission is available to deal with any anti-competitive practices, including predatory pricing.

* There has been impressive growth in retail and wholesale trade after China approved 100% FDI in retail. Thailand has experienced tremendous growth in the agro-processing industry.

* In Indonesia, even after several years of emergence of supermarkets, 90% of fresh food and 70% of all food is still controlled by traditional retailers.

* In any case, organized retail through Indian corporates is permissible. Experience of the last decade shows small retailers have flourished in harmony with large outlets.

* Move will lead to large-scale job losses. International experience shows supermarkets invariably displace small retailers. Small retail has virtually been wiped out in developed countries like the US and in Europe. South East Asian countries had to impose stringent zoning and licensing regulations to restrict growth of supermarkets after small retailers were getting displaced. India has the highest shopping density in the world with 11 shops per 1,000 people. It has 1.2 crore shops employing over 4 crore people; 95% of these are small shops run by self-employed people

* Jobs in the manufacturing sector will be lost because structured international retail makes purchases internationally and not from domestic sources. This has been the experience of most countries which have allowed FDI in retail.

* Argument that only foreign players can create the supply chain for farm produce is bogus. International retail players have no role in building roads or generating power. They are only required to create storage facilities and cold chains. This could be done by governments in India.

* Comparison between India and China is misplaced. China is predominantly a manufacturing economy. It’s the largest supplier to Wal-Mart and other international majors. It obviously cannot say no to these chains opening stores in China when it is a global supplier to them. India in contrast will lose both manufacturing and services jobs.

In principle, governments should not prevent anybody, Indian or foreign, from setting up any business unless there are very good reasons to do so. Hence, unless it can be shown that FDI in retail will do more harm than good for the economy, it should be allowed.

A major argument given by opponents of FDI in retail is that there will be major job losses. Frankly, the jury is out on whether this is the case or not, with different studies claiming different findings. Big retail chains are actually going to hire a lot of people. So, in the short run, there will be a spurt in jobs. Eventually, there’s likely to be a redistribution of jobs with some drying up (like that of middlemen) and some new ones sprouting up.

Fears of small shopkeepers getting displaced are vastly exaggerated. When domestic majors were allowed to invest in retail, both supermarket chains and neighbourhood pop-and-mom stores coexisted. It’s not going to be any different when FDI in retail is allowed. Who, after all, will give home delivery? The local kirana. Why would anyone shun them?

If anything, the entry of retail big boys is likely to hot up competition, giving consumers a better deal, both in prices and choices. Mega retail chains need to keep price points low and attractive – that’s the USP of their business. This is done by smart procurement and inventory management: Good practices from which Indian retail can also learn.

The argument that farmers will suffer once global retail has developed a virtual monopoly is also weak. To begin with, it’s very unlikely that global retail will ever become monopolies. Stores like Wal-Mart or Tesco are by definition few, on the outskirts of cities (to keep real estate costs low), and can’t intrude into the territory of local kiranas. So, how will they gobble up the local guy? Secondly, it can’t be anyone’s case that farmers are getting a good deal right now. The fact is that farmers barely subsist while middlemen take the cream. Let’s not get dreamy about this unequal relationship.

FDI is good for India.

FDI ensures a huge amount of domestic capital, production level, and employment opportunities in the developing countries, which is a major step towards the economic growth of the country. FDI has been a booming factor that has bolstered the economic life of India, but on the other hand it is also being blamed for ousting domestic inflows. FDI is also claimed to have lowered few regulatory standards in terms of investment patterns. The effects of FDI are by and large transformative. The incorporation of a range of well-composed and relevant policies will boost up the profit ratio from Foreign Direct Investment higher. Some of the biggest advantages of FDI enjoyed by India have been listed as under:

Economic growth- This is one of the major sectors, which is enormously benefited from foreign direct investment. A remarkable inflow of FDI in various industrial units in India has boosted the economic life of country.

Trade- Foreign Direct Investments have opened a wide spectrum of opportunities in the trading of goods and services in India both in terms of import and export production. Products of superior quality are manufactured by various industries in India due to greater amount of FDI inflows in the country.

Employment and skill levels- FDI has also ensured a number of employment opportunities by aiding the setting up of industrial units in various corners of India.

Technology diffusion and knowledge transfer- FDI apparently helps in the outsourcing of knowledge from India especially in the Information Technology sector. It helps in developing the know-how process in India in terms of enhancing the technological advancement in India.